Professor Dr. David P. Tauro is Indian board certified & one among the best of Cranio-Maxillofacial Surgeon India with a special interest in Facial Cosmetic Surgery. He is a Cosmetic Surgeon of repute, well known in the field of Cranio-Maxillofacial Surgery in Indian subcontinent & overseas. Known to be a trendsetter in his field in Pace Profile Change Surgery India, having performed thousands of procedures in Cranio-Maxillofacial & Head n Neck Surgery has earned a reputation of "An Incredibly Versatile Surgeon". Dr. Tauro after having acquired his basic and postgraduate qualifications in India, had a stint at the Center for Burns, Plastic & Maxillofacial Surgery at the St. Lawrence Hospital in South Wales in the United Kingdom. He has worked with several cosmetic surgeon Bangalore and abroad and particularly trained with the internationally acclaimed surgeon Professor Paul Salins for a protracted period of nearly 8 years. Besides his academic qualifications he has had extensive t 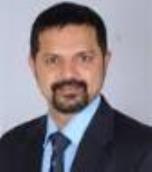